You are here: Home > Things to do > 10 Creepy Places in Las Vegas You Might Want to Avoid 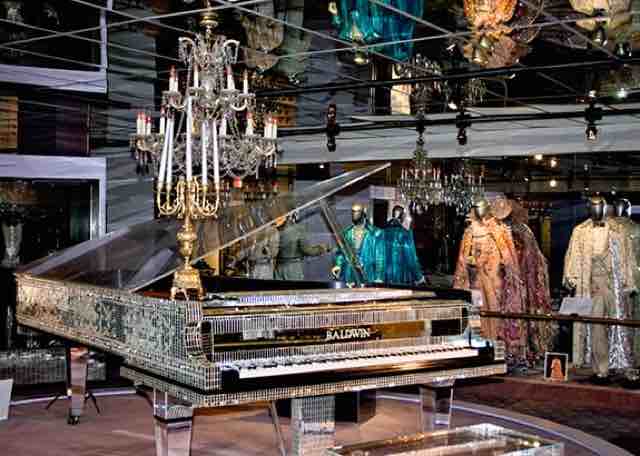 The famed pianist is believed to still hang around some of his old haunts in Las Vegas, including his former home, later transformed into the Liberace Museum on East Tropicana Avenue. Although the museum in now closed, witnesses have described seeing a mysterious shadow appear out of nowhere and then vanish, while others guests claim to see an apparition of a man with dark hair and a thin mustache lounging by the pool. There are even accounts of music coming from a piano that no one has played in years. 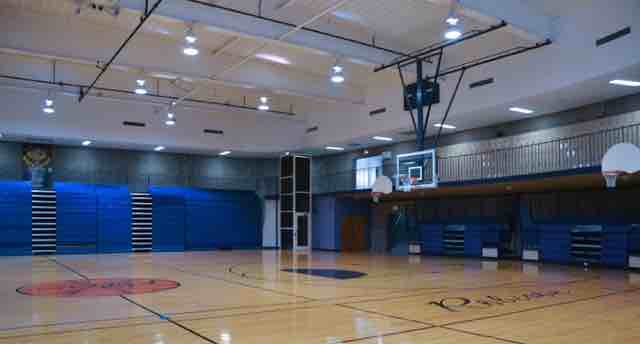 An especially creepy location in Vegas has been frightening young children at a school, of all places. Rumor has it that when new students from outside Nevada enroll in Robinson Middle School and begin classes, they start seeing the ghost of an older male janitor with blood on his hands. He follows the students through the halls and even to their homes, where it is said that the children have terrible nightmares that continue until the next time they go to church. This daycare was closed after the suicide of one of its teachers and the death of a little boy who was attending, but it is believed the spirits of the two still haunt the location. The boy in question was killed after being dragged underneath a large toy train, presumably the namesake of the daycare, and can be seen digging with a shovel at the site of his death. A woman has also been seen just disappearing into nowhere on the property which is possibly the ghost of the teacher visiting her former workplace. Photo: Pinterest 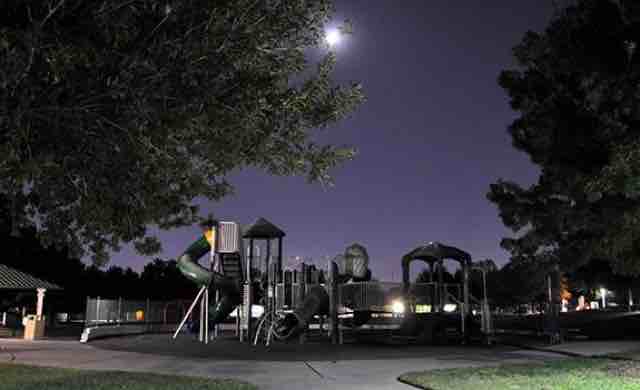 This park in Henderson is said to be haunted by a few ghosts, but the one most frequently seen is of seemingly harmless young boy, who was supposedly killed when he ran out in front of a car and was subsequently struck. The ghost boy has been seen numerous times playing on the swings around midnight, but it is also reported that if people get too close to him or he becomes angry, the ghost takes on an even scarier, demonic form. 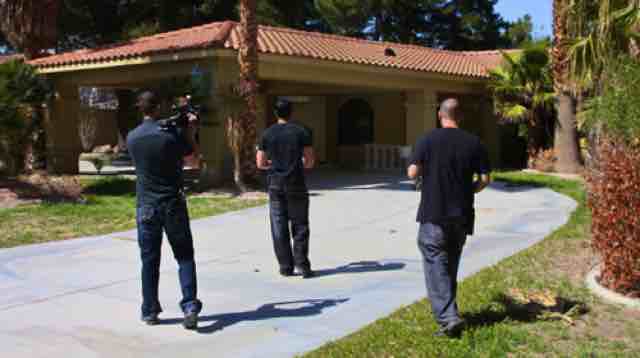 Previously the home of a mobster, the Mansion apparently still has creepy occurrences involving the original owner and sketchy antics of the "Family." Popular investigation show, "Ghost Adventures" even examined the house for paranormal activity during an episode where the hosts reported hearing hissing, snarling, and even voices saying phrases such as "Kill her," "You broke in here," and "Not that way." 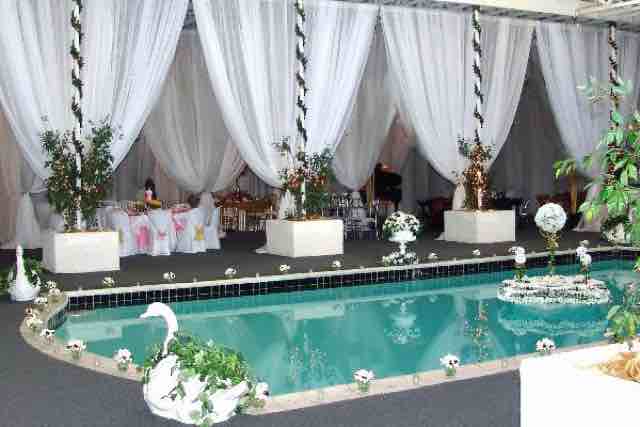 It's hard to go to Vegas and not see someone who looks eerily similar to the legend, Elvis Presley, but slightly more difficult to see the actual ghost of the King himself. The Hartland Mansion is one of a few places in the city where sightings of Elvis's ghost have been reported hanging out around the halls. It makes sense that his ghost would want to spend time at the Hartland Mansion, which is now a venue for weddings and other formal events, since he stayed there many times when he performed at the nearby International. 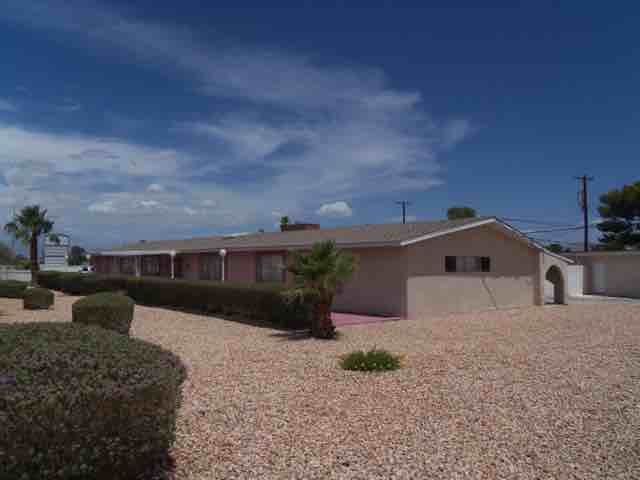 1950s comedian and popular Strip performer Redd Foxx reportedly never left his home after the property was seized by the IRS and when he later died in 1991. New occupants of the house claimed to experience unexplained chills and doors opening and closing on their own. Foxx's ghost was also spotted a few times even after the house was converted into a commercial property and he apparently likes to play tricks on women.

In a suburban, Las Vegas neighborhood called Olive, there is a set of flood control tunnels just off of Charleston Boulevard on Sandhill Road that many of the locals are uncomfortable driving through, especially at night. This is because there have been many reports of voices being heard inside the tunnel, even though no one is around. The voices are believed to belong to the ghosts of a young couple that crashed while driving through it on a motorcycle when they hit a wall of construction debris and died.

This location is believed to be haunted after many attempts of commercial businesses inhabiting the building at this address have failed. A few restaurants as well as other types of businesses have all opened up shop here only to close shortly after. When a paranormal investigation team came in to try to determine what made the location so cursed, electronic voice phenomenon (EVP) and electromagnetic field (EMF) readings concluded that there was some paranormal activity going on at the site. There's a rumor that the mob also previously used the land to bury the bodies of those unfortunate enough to cross them, so that might have something to do with the hauntings.

Another school that has experienced creepy sightings is Edwards Elementary, but only for teachers and students in the fourth grade. Those affected say they've seen a young girl dressed in all white, lurking around in classroom 26 as well as the computer lab. It is believed this ghost is that of a girl who died while attending the school when she was in fourth grade, and that is why only certain people can see her.