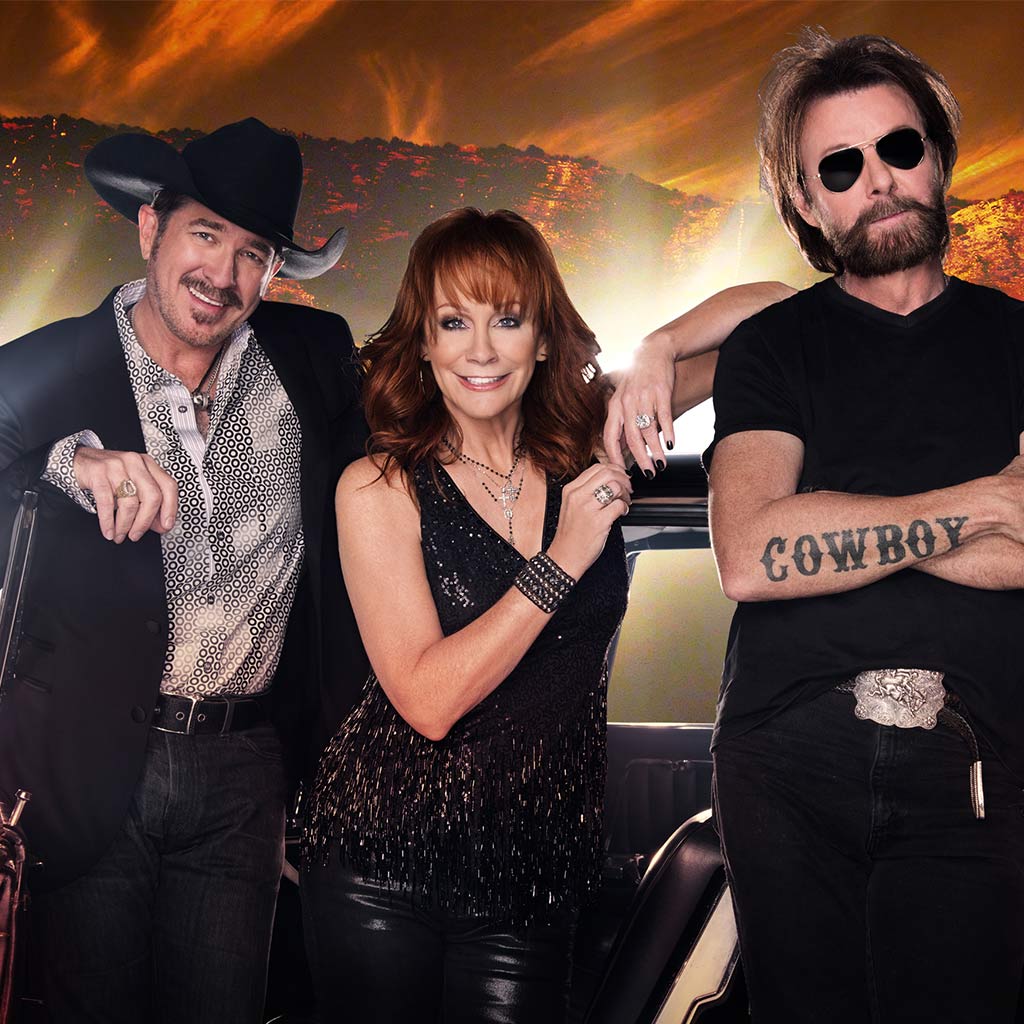 Having topped the country charts with their individual hits, Reba and Brooks & Dunn have collectively celebrated more than 45 number one hits, garnering the artists multiple multi-platinum records and an astounding following.

With hits including "My Maria," "Red Dirt Road, and "Ain't Nothing 'Bout You," country duo Brooks and Dunn were quick to gain widespread accolades and immediately following the beginning of their career more than 25 years ago. In similar ranks, Reba burst onto the music scene as a country pop artist in 1975 and has hits including, "Love Needs a Holiday," "How Blue," and "Fancy."

And while Brooks & Dunn do not have a sitcom of their own (although we are sure that would be very entertaining) they do share the commonality of a well-adorned trophy case. With over 30 million albums sold, the country duo has scooped up two Grammy awards, 20 Country Music Association awards, and 27 Academy of Country Music awards, making them the most-awarded act in ACM history.

With both Reba and Brooks & Dunn recognized as best-selling artists of all time, their joint concert will be that of the history-making variety. Having toured the nation together in their earlier years, the three country vocal powerhouses not only know how to put on a good show, but in true Vegas fashion, will be transforming The Colosseum into an epic, superstar-studded, Vegas honky-tonk.