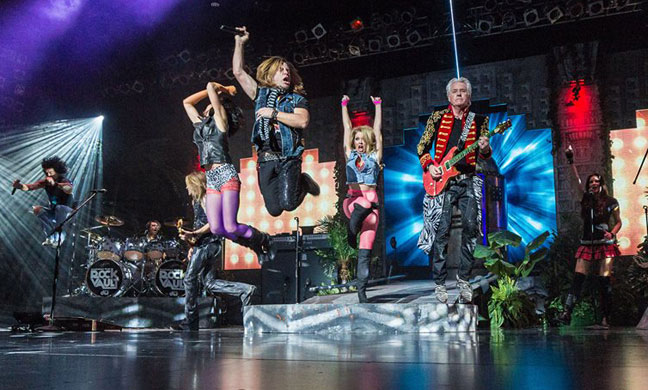 These are NOT basement guitarists and karaoke wannabees who stumbled out of the garage and onto the stage to play half-decent covers. The cast of Raiding the Rock Vault plays the standards like only real rockers can, because they are real rockers.

You know how your college roommate could barely squeak out the "oooooh-oh!" in the first half of "Livin' on a Prayer" and then his voice cracked? There’s absolutely no risk of that at Raiding the Rock Vault. Andrew Freeman (Lynch Mob, The Offspring) and Paul Shortino (Quiet Riot) belt it out like the professionals they are — with power and guts. With Doug Aldrich (Whitesnake), Robin McAuley (MSG, Survivor) sing, shout and harmonize as they lead the audience through three decades of hits: Hendrix, Zepplin, Queen, Deep Purple, and everything in between. And two female vocalists, Cian Coey (Meatloaf) and Lily Arce, round out the performance.

They know exactly what they’re doing: playing the greatest music from the greatest eras in American history, and reminding the fans who grew up to those sounds, that real music never dies. Rock out to Raiding the Rock Vault in Vegas.