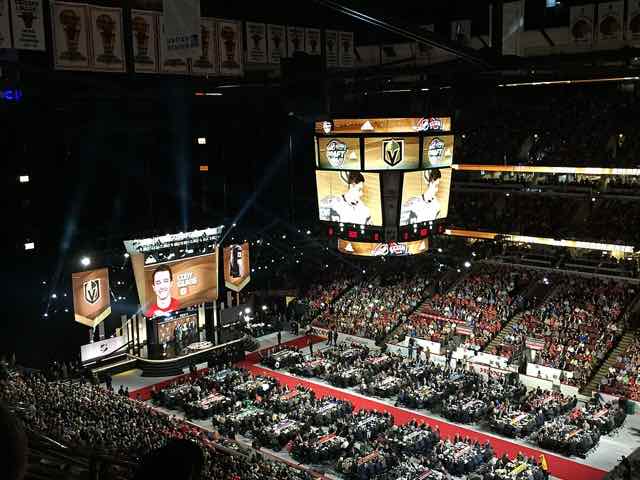 The hours leading up to the NHL Trade Deadline historically go one of two ways: abject boredom or last-minute bonanza. This year it was the latter. The big moves started over the weekend and continued right down to the wire. The Dallas Stars acquired popular Norwegian forward Mats Zuccarello from the New York Rangers, only to see Zuccarello break his arm in his Stars debut. The Columbus Blue Jackets prepared for a deep playoff run by adding Ottawa Senators forwards Matt Duchene and Ryan Dzingel and New Jersey Devils goaltending stalwart Keith Kinkaid. The Nashville Predators acquired Wayne Simmonds from the Philadelphia Flyers and Mikael Granlund from divisional rivals Minnesota Wild.

There are some formidable names there! But, who made the biggest splash at the deadline but the Vegas Golden Knights?

Let's break that down for those who aren't into the minutia of hockey deals. The Golden Knights traded away an underwhelming forward in Lindberg, a touted yet unproven defensive prospect with no NHL experience in Brannstrom, and a second-round 2020 draft pick. In return, they got an established winger in the prime of his career, ready not only to come in and make an immediate impact, but to also sign a long-term deal (rumored to be 8 years) to keep him out of free agency this summer and in Las Vegas for years to come.

In other words, McPhee took Ottawa to the cleaners.

Stone, 26, has 311 points (123 goals and 188 assists) in 366 career NHL games. This season he scored 62 points (28 goals and 34 assists) with the Ottawa Senators. He's never scored less than 20 goals in a season, and his assist totals show an elite playmaker in addition to a solid goal scorer. If (or more likely when) the extension is finalized, the Golden Knights got a great boost to their offensive core for practically nothing.

While Vegas has seen a predictable regression in their second National Hockey League season, they haven't gone into a tailspin and maintain their status as a solid middle-of-the-pack team. As of February 26th they're in playoff contention, third in the Pacific Division with 71 points, and 15th in the NHL. There's certainly room to improve in a 33-26-5 record, but plenty of room for optimism throughout the march to the postseason.

FINAL GRADE: A. McPhee showed great patience and calculation by not rushing out to get the first shiny piece he saw; instead he took in his surroundings and got a coveted player without overpaying. A shrewd and successful deadline for the Vegas Golden Knights.