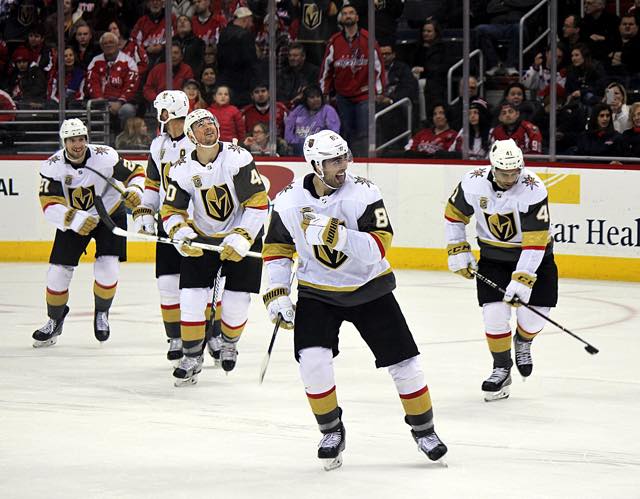 Last season the Vegas Golden Knights burst into the National Hockey League in arguably the most Vegas way possible: by smashing every expectation, belief, and commonly held wisdom about an expansion team.

For those uninitiated to hockey, expansion teams are historically bad during their first few NHL seasons. Not Vegas. They won. And won. And won some more, all the way to the Stanley Cup Final. In fact, the Golden Knights are the first expansion team in the history of all four major American sports (baseball, basketball, football, and ice hockey) to reach their league's final in year one. They came within three wins of taking the ultimate prize.

Now, the sports world has one question. Can they do it again?

Due to their construction through the expansion draft, some of their best players came to the team with expiring contracts. Some re-signed while some, like journeyman forward James Neal, did not. Tomas Tatar, brought in from Detroit as a playoff rental in February, was flipped to the Montreal Canadiens as part of Vegas's biggest offseason acquisition: left wing forward and longtime Habs captain Max Pacioretty.

Pacioretty is a solid talent, a veteran accustomed to leadership and responsibility, and has a chip or two on his shoulders following his exit from Montreal. Although he had a down scoring year last season, a healthy Pacioretty should be good for at least 25 or 30 goals. Look for him to have a bounce-back year in Vegas.

Depth In Goal: That the Golden Knights managed to win so much last year becomes even more incredible when their range of goaltender injuries comes into play. First, starting netminder and three-time Stanley Cup Champion Marc-Andre Fleury was injured. His backup, Malcom Subban, stepped into the crease and put up a respectable .936 save percentage before getting injured in his third game.

Subban's injury created an opportunity for Oskar Dansk to come up from Vegas's American Hockey League affiliate. Dansk earned the first shutout in Golden Knights history in a 32-save performance against the Colorado Avalanche before Lady Luck rolled her dice and dealt him the injured reserve snake eyes. Up came Maxime Legacé, an undrafted AHL goaltender. He didn't rise to the occasion like Dansk, and so 19-year-old Dylan Ferguson got his shot while Fleury rested.

To recap, that's five, yes, five netminders who played for Vegas in the first part of last season. Good goaltending, or the lack of it, can make or break a team. That deep of a reliable goalie pool served them well; with all five players on the roster for this season it can be called upon again if necessary.

Potentially Unsustainable Stats: Like all pro sports, hockey is a game of numbers. We don't even have to delve into the advanced statistics to recognize that last season was an anomaly. Take forward William Karlsson, for example. A breakout show-me season is one thing. Leading the Golden Knights with 43 goals is something else entirely, especially when his second-highest season had him at just 9 goals in 81 games. A regression is absolutely possible.

Whatever happens in Vegas this season, it's going to be fun, fast hockey. Get excited!